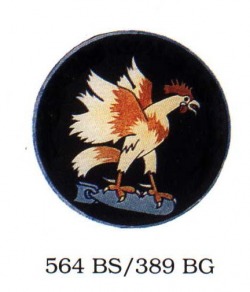 Missions:
#9 April 1, 1944- Ludwigshafen, Germany
They flew the deputy lead with the 2nd Combat wing, and led the 453rd BG.
They encountered heavy flak and the #4 engine was hit and feathered.
Al saw 200 German fighters attack a wing of B-24s; when Thunderbolts came to the rescue, he saw the largest air battle of any of his missions.
#10 April 8, 1944- Brunswick, Germany; aircraft factory
They led the 458th BG.
They encountered intense and accurate flak.
#11 April 13, 1944- Oberphaffenhofen, Germany; fighter airfield
They flew the deputy lead for the 96th Combat wing (458th, 466th, and 467th BG).
Between 500-700 bombers were sent out with over 1000 fighters accompanying them.
#12 April 18, 1944- Rathenow, Germany; Arado Flugzeugwerke aircraft components factory
They led the 20th Combat Wing (93rd, 446th, and 448th BG)
#13 April 29, 1944- Berlin
They led the 466th BG of the 2nd Combat Wing.  They were hit directly by AA fire over Berlin and attacked several times by German fighters; two engines were knocked out and one of the main fuel tanks was punctured and leaking fuel.  They had to ditch in the English channel, 30 miles off the coast of Great Yarmouth, because there was not enough fuel to make it back to the base.  Three of the 12 crew members aboard were KIA during the ditching, with two more dying of their injuries after being picked up by Royal Navy Motor Launch 498.  They were:
Capt. Ralph Bryant, command pilot
Lt. Arthur Delclisur, bombardier
Lt. Kenneth Reed, instrument navigator
Lt. John Bloznelis, dead reckoning navigator
Sgt. Harold Freeman, replacement engineer

An ETOUSA Ration Card
This ration card was issued to Dale VanBlair after the crew was transferred to the 389th B.G 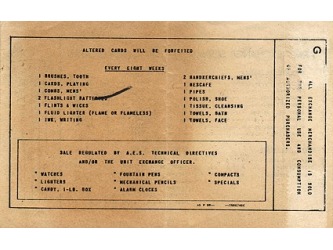 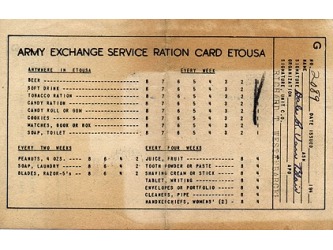